I knew you (pretended to) missed me!

I? Am supah-ghetto-fab’lous, and *apparently* my fabulosity ‘twas heard all about the world, and they were all Ex-*cuse* MEH? You *have* to be our employee, and I? Was all sho’nuff.
More easily explained? I’m the newest lucky employee of Hudson Printing. I temp’ed for them for 60 days, and finally started all official-like this Monday. So far, so good. I haven’t dreading going to work so that’s a promising sign. Everyone has been very nice and helpful, so I’m hoping I’ll get to stick around for a while.
Oh-holy-piss, you do *not* even know my business. As you already know (or maybe you don’t, because you’re lame – isn’t there some artsy-craftsy stuff called lame? Like la’me? La-may?) that I’m a *slight* fan of tattoos. I had 2 older ones on my shoulder blades: a stupid peach that said “Peachy” (Honestly. Am I ever peachy about anything?) and a gecko that was pretty for a few days – until I sunburned it into oblivion a week later. Anywho, I had them both covered up with some pretty lilies to match Byron’s name, and the fleur-de-lis in the middle of my back. LARGE-like thanks to Nikki at Garage Art Studio in Longview, for drawing it up, and putting it on. 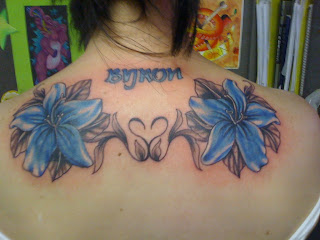 Since we last talked Palm Sunday and Easter flew by, and we had a *grand* time with family. 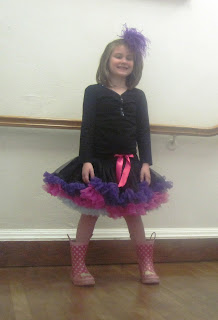 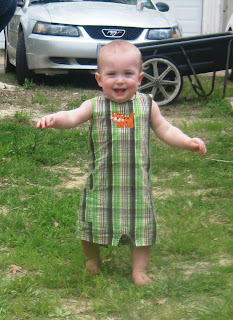 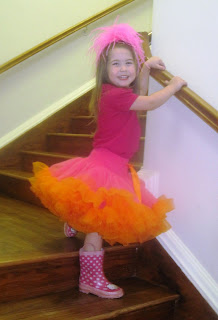 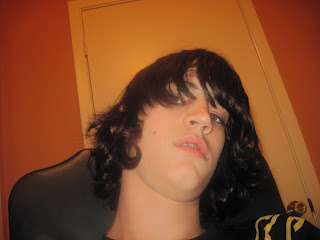 This? Is what Quentin looks like on damn near *any* given day. I think he’s attempting an “I’m-so-cool-I-just-happen-to-be-caught-off-guard-and-still-manage-to-look-this-awesome look, but I’m not buying in to it. I’m his mother, and that ol’ dog won’t hunt.

Hmmm…what else, what else, what else? I’m drawing a blank. Guess it’s time to call it quits for this evening, but maybe you fine people can inspire me with something. Or maybe you’re just boring and lame, and will inspire me to sleep. Now *that’s* an idea I’m feelin’ fond of about now.
Posted by Ashley H. at 6:53 PM No comments: